COVID-19 disproportionately impacted women. This loss could have a big ripple effect on our economy

Cate Luzio, founder of women’s collaboration space Luminary, talks to female business owners about the impact of COVID-19 and the coming shecession. 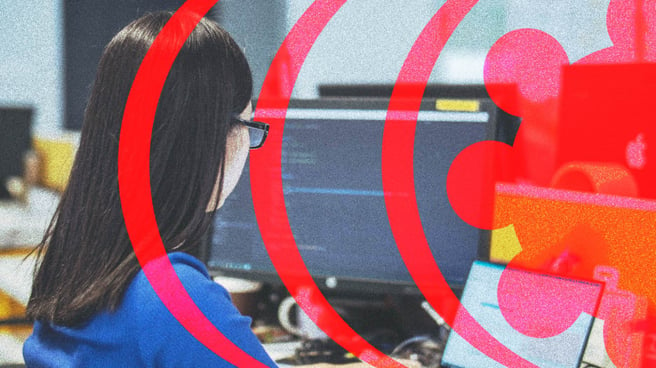 COVID-19 is disproportionately impacting women and people of color. The National Bureau of Economic Research estimates that the pandemic has already eliminated 25% of women-owned businesses. As revenues and profits dwindle on average for these businesses, the pandemic will further increase gender inequality in ownership and broaden economic disparities and create what some are calling a “shecession.”

Some early-stage businesses such as female-centric coworking spaces are struggling to stay open, and this will have a broader impact. With no path forward, these women-focused communities are shutting down, and women are yet again being shut out.

Between 2016 and 2019, women-focused communities were opening up all over the world particularly in the form of physical spaces. From the Wing in New York City to the Riveter in Seattle, the Assembly in San Francisco to the Broad in Richmond, and dozens in between, they provided women access to remote workspaces and, more importantly, access to communities of like-minded individuals to connect, learn, and simply expand their networks. The proof of concept for this new model was there and had the potential to impact millions of women. And until March 2020, the runway of growth for these communities seemed unstoppable.

This is personal for me as the founder of Luminary, a physical space and global community built on advancing women in the workforce through programming, connection, and support. The pandemic brought on challenges that no one could have predicted, and I found myself having to temporarily close our doors and pivot our businesscompletely online.

Since Luminary opened its doors, I began growing a network of women’s partner spaces around the country with reciprocal benefits for our respective members. This experience brought me closer to dozens of founders as we grappled with the unique challenges that accompany running communities anchored by physical spaces. Faced with mounting rents and staff now working remotely, these membership spaces saw their entire business model hit a standstill while revenues hit unconceivable lows.

While many of these communities also offered digital programs and platforms of some sort, their physical spaces allowed people to meet face-to-face, gather for events, and work outside their homes. Although I was able to reopen Luminary, so many of our partner communities and other spaces around the country weren’t able to survive the virtual reality we are living through. Now, there’s the ripple effect as some of these essential spaces and communities close their doors forever.

“The Emery was a lifelong dream of mine. I have always enjoyed helping others, and the Emery allowed me to do so on a grand scale,” said Aileen Lavin, founder of the South Florida-based community. “I loved that we were making a positive impact in the community and helping so many women [with] the opportunity to find both personal and professional success,” she said. Lavin launched the Emery in early 2019 with financial support from her parents as well as her own funds. Unfortunately, as a result of COVID-19, the Emery was forced to close. “It was no longer practical to maintain a business whose success was contingent on large physical gatherings,” Lavin said.

Regardless of how prepared any small-business owner was for an economic downturn, there are only so many levers to pull in a business plan to deal with the devastation of COVID-19. Despite many women’s communities pivoting to virtual events, the blow to revenue that comes from memberships and in-person events has been too great to sustain. “COVID-19 crushed our business model,” said Ali Greenberg, founder of the Broad workspace and social club in Richmond, Virginia.

The Broad was self-funded and opened in 2018. “As a space built on in-person connections, a shift to digital was a good Band-Aid but not an effective long-term solution for us,” she explained. Although the Broad was profitable within three months of opening and continued to grow until the pandemic hit, Greenberg made the decision to permanently close in June. “The changes we would have had to make to our model to reopen would have changed everything about what our business set out to be,” Greenberg said.

The Broad is not alone in closing. The Riveter, which had expanded rapidly to nine spaces with plans to add more locations across the country, announced it was closing all of its existing spaces at the end of June and moving completely online. The Wing temporarily shut down its 12 (and counting) spaces in February and has yet to reopen. While businesses like the Riveter and the Wing had tens of millions of venture capital dollars behind them, the majority of community women’s spaces, such as Luminary and the Broad, are bootstrapped.

Denver’s Charley Co., founded by Bryn Carter, announced in May that it was closing permanently less than a year from the time it opened. “When 2020 started, I was excited to see where Charley’s was going,” Carter recalled. “Our memberships were growing, and events in the space were booked out months in advance. We had so many plans and ideas for our community,” said Carter. But the pandemic’s impact was too much for the start-up community to bear. Overnight, almost all of the company’s revenue dried up. Carter put memberships on hold and pivoted online for a cheaper monthly rate. “I loved the community that was built, and all the incredible women I met because of it,” she explained. “However, gathering spaces are not doable in our current state, and as a small, independently owned business, there was no way I could keep it afloat.”

Women’s community spaces also provide entrepreneurs, freelancers, and small-business owners the resources and tools necessary to build their businesses. Brand Assembly, a business platform and community built to accelerate fashion and lifestyle brands, offers a suite of back-office services, in-person trade events, and coworking community spaces in Los Angeles and New York City. Hillary France, Brand Assembly’s cofounder and CEO, launched in 2013. She invested her own money, and it became a profitable and sustainable business. “We were extremely optimistic about the trajectory and growth for the next few years and had big plans including key hires made in 2019 to help achieve revenue targets for 2020 and beyond,” France said.

Unfortunately, 85% of Brand Assembly’s business was based on in-person trade shows and coworking memberships. The uncertainty was paralyzing for a small business such as France’s. “Since COVID-19 I feel like I have gone through the seven stages of grief seven times over,” she admitted, “I have come to the realization that it will be more important to conserve resources the balance of the year until there is a clear picture around in-person gatherings, instead of grasping at straws.” While Brand Assembly is now focused on other components of its business, such as its back-office services, France decided to permanently close her two physical spaces in L.A. and New York City given the cost of overhead including staff and rent.

San Francisco-based the Assembly, cofounded by Molly Goodson, was created as a wellness clubhouse, coworking, and event space. They opened in 2018 and shifted to fitness classes online and revised pricing in March. “Pre-COVID, we were solidly profitable,” said Goodson. “We were bringing in new partnerships, event series, and new programs while also exploring a second location.” In early August Goodson made the decision not to reopen the space or continue virtual programming. “Knowing that events aren’t coming back for a while, a space of our magnitude simply doesn’t work right now, plus we had to allow members to drop down to a drastically lower price point or cancel,” according to Goodson. “We’ve also seen a huge number of members leave the city or experience a change in salary/employment due to the pandemic.”

These closings are worrisome because these spaces are important to advancing women in the workforce and in entrepreneurship. So many of these communities are touchpoints for intersectional conversations, multigenerational dialogue, and an environment where the playing field is leveled. They emerged as our version of the golf course where women convened for support, resources, collaboration, and to get things done. Women came to build networks, make connections, and benefit from the cross-pollination o information and ideas regardless of their career stage, role, or industry.

Some, such as Luminary, were able to pivot to digital platforms to sustain their business for the time being. Ethel’s Club, located in Brooklyn, New York, opened in late 2019 as a private social and wellness club for people of color. It was among the first to close its physical space due to COVID-19, yet founder Naj Austin and her team shifted to a completely digital model with an emphasis on mental health.

Throughout most of these spaces, there was an abundance of female-centric conversation and programming. While much of that continues virtually, the physical shutdowns of these spaces raise a larger question. What happens when these communities shut down and go offline?

“For many, it’s a home away from home. For entrepreneurs and freelancers, their particular place is a coworking space focused on supporting women,” said Emily Merrell, a member of the Assembly in San Francisco and the founder of Six Degrees Society. “I am blown away by the feeling of family I get when I show up at these spaces. I had individuals I could confide in, brainstorm with, collaborate with, and so much more,” she added.

This will play a key role in the shecession. Women will continue to encounter setbacks, experience job loss, lack of access to schools and childcare, stalled progress with pay parity, and lack of gender equity at work due to COVID-19. And during unprecedented times like this, community support is needed more than ever. “I know that I felt like what we created was incredible and special, and now since announcing the Assembly’s closure, I have seen how much it has connected and impacted so many,” Goodson reflected. “These communities are so vital—I wish I could have saved our space, but I know that I can try to keep us connected.”