Say This, Not That: The Best 15 Things to Say At Work 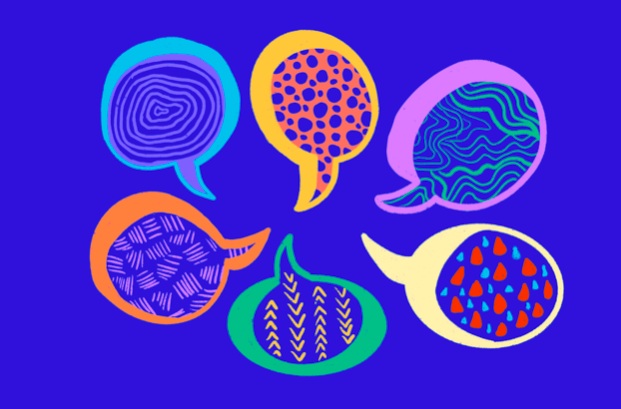 We’ve compiled a list of the 15 things you say at work that may be harming your career, without even realizing it. Here is what to say instead.

First, we must acknowledge the gender biases

It is no secret that communication is important in the workplace. But we would be remiss to say that it has equal weight for everyone — because, for women, communication often plays a larger part in their success, likability and the trajectory of their careers. This is based on some serious gender bias.

“Research shows that success and likability in the professional arena are positively correlated for men and negatively correlated for women. This means that the more “successful” or assertive a woman appears, the more she is judged negatively and disliked for it,” Forbes says, “Being criticized harshly for success consciously and subconsciously impacts how strident, self-assured and successful a woman wishes to appear.”

“A more “male” style of communicating remains dominant and is more accepted and understood,” Forbes goes on to explain, “Further, men and women are culturally encouraged and trained (from early childhood on) to focus on different outcomes and tasks through their communication.”

Gender discrimination comes in many forms in the workforce for today’s working women, not just in communication alone. According to a recent Pew Research Center survey, about four in ten working women (42%) in the United States say they have faced discrimination on the job because of their gender.

Steps are being taken to take action against this. Now, you can join female-led networking groups that are meant to empower women, take a LinkedIn course on fighting gender bias in the workplace and find allies in your office that can help stand with you. Hive is also working to address the issue at hand — it is estimated that we are over 150 years away from gender parity as women — through continued education and action, we're working to understand how everyone behaves, works, and communicates in the office.

It is an ongoing effort to battle these gender biases and build awareness around the topic with employees, coworkers and managers. There is still a lot of work to be done. The gap in how communication is perceived in the workplace often creates a divide between men, women and non-binary folks, who are all learning to navigate communication and learn what is appropriate.

Regardless of your gender, we know one thing is for sure: there are just some things folks should never say in the workplace.

If you want people to assume you’re unhelpful and not a team player, sure. If not, steer clear of it.

"I'd be happy to help you figure out how to reach your goal." Offering help, instead of saying it's immediately not your responsibility, shows that you care and will help where you can, even if that's finding out who can better perform the task.

If it’s not the first rule, it should always be the second. Never comment on a coworker’s appearance — especially in a negative way. They could be going through something, or simply didn’t get enough sleep, but this comment can come across as offensive. Instead, keep it to yourself.

Another golden rule: never ask how old someone is. One, it’s not your business. Two, it can come across as ageist, even if you don’t mean it that way. Instead, it’s best to focus on other appropriate ways to get to know your coworkers.

"What's something you're passionate about? What's your favorite food? Coffee or tea?"

Just because something has always been done one way, does not mean there isn’t room for improvement. Saying this can make others feel like you’re not willing to budge or hear out new ideas.

"Do you have any ideas on how to improve this process? I'd love to hear them."

If someone is pregnant and speaking about it, you can offer a "Congratulations!" Otherwise, don't ask these types of questions.

If you’re looking to grow as a leader, with a team that backs you up, it’s best to stay away from this type of communication. A leader is nothing without their team.

"How can I better support you in your role?"

Every now and then, a situation comes up in the workplace that is tricky: maybe something didn’t get done or fell through the cracks. Regardless, you should never say it wasn’t your fault. Instead, offer solutions to help fix the problem at hand, to show you care about resolving the issue as a team.

Nothing is ever impossible. When you say this, it limits yourself and your team to find creative new ways of approaching work.

"I'm open to other perspectives about this."

Unless you want to be like Sarah from The Labyrinth, stop saying “It’s not fair.” It presents as whiny and unsupportive in the office. It’s often used when someone else is promoted, or someone got a raise, and another person didn’t. Instead of saying this, make a case for yourself, and see what happens.

"Can we talk about how I've been feeling about my performance?"

Using this sparingly can be okay, but if you use it often, it can present as that you can't be concrete, you're unprepared or you lack self-confidence.

You can either come into conversations with "I know..." or if you don't you can say "I'd love to explore this further."

This phrase implies the possibility of failure. Instead of saying “I’ll try,” it’s best to speak with confidence and set reasonable deadlines for yourself so that you can accomplish the tasks at hand.

Again, be a team player. No one likes working with someone who makes it feel like a burden.

"Let me see what I can prioritize to get this done."

This is a huge one. You should never ask such invasive questions as this. It can be harmful, rude and can come off as judgmental, even if you’re not trying to be. A person’s gender is theirs to disclose if they want to. If you’re curious about someone’s preferred pronouns, however, ask a person what their preferred pronouns are, so you can use them accordingly.

"What are your preferred pronouns?"

Remember that thing your teacher used to say in school? There is no such thing as stupid questions. It still applies in the workplace, too. You’re selling yourself short leading with this and it can come across and unconfident.

Lead with “I have a question” or “I am not sure about this, could you help me?”

Just because you were right about something, it doesn’t mean you have to say this. It can come across as arrogant and rude.

"I'm glad we could figure this out together."

Hive is the world’s first democratically built productivity platform. Learn how we can help you, here.